My day with the Bullybusters

Tuesday marked the second day of National Anti-Bullying week, which meant a busy schedule for the Bullybusters team! Individually, the team were completing school rally’s, visiting three schools in a day to deliver whole school assemblies to spread the anti-bullying message.
I am currently a communications intern with Local Solutions, so I took the opportunity to attend the rally alongside Natalie to take some pics and experience a day in the life of a Bullybuster.

The first school we visited was St Gregory’s Catholic primary where Nat delivered a great assembly for the whole school and managed to get all the kids involved in answering questions and sharing their own views on how to be a good friend and ways to prevent bullying within their school.

Hunts Cross Primary school also got a brilliant assembly by Nat, although KS1 and KS2 assemblies were split so that Nat could go into more detail with the older children about cyberbullying and the effects it has. The kids were again really engaged especially when Nat played a Bruno Mars song to get them all singing!

Our final stop on the rally ended at St John’s Catholic Primary. I’ve never seen so many kids dancing to Bruno Mars the way the KS1 kids did. From ‘flossing’ to ‘Fortnite’ dances, the kids loved it and it managed perk up the mood for the rest of the assembly. Nat presented another engaging assembly and the appreciation was shown by all the children making sure they said thank you to Nat as they were leaving.

I really enjoyed my day with Nat, I even learned a lot of things myself from the assemblies! It was especially interesting to listen to the primary school children expressing their concerns regarding cyber bullying and social media, many of them only learning that day that they were not actually old enough to be on social media!! 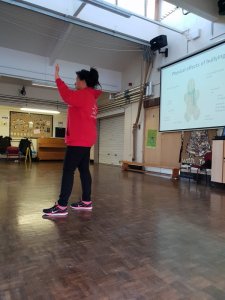 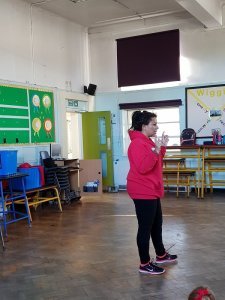 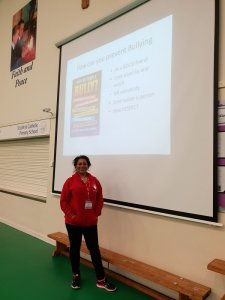