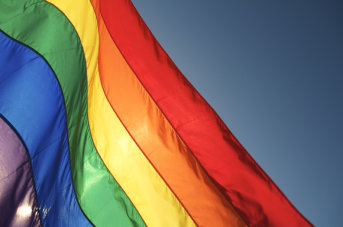 Homophobic bullying is primarily targeted at people who classify themselves as lesbian, gay, bisexual and transgender (LGBT). This form of bullying can also target young people that enjoy activities/objects which may seem unusual for their gender. An example of this would be a young boy who did not enjoy football but loved ballet. This child could be targeted and labelled as gay which not only victimises the child but also the gay community.

Transgender is a term for people who do not identify themselves as their birth gender. Transgender people may identify themselves as heterosexual, homosexual, bisexual, etc.  Children can experience confusion over their gender and may be targeted because of this. Transphobia is described as an emotional disgust, fear, anger or discomfort felt or expressed towards people who do not stick to their gender at birth.

Children can be bullied because of their race, culture, religion or nationality. It is against the law to treat people differently and unfairly because of their race. The victims of this type of bullying often experience bullying based on their skin colour, how they dress, their accent, appearance and beliefs.

It is often the case that a lack of knowledge and understanding about the beliefs and traditions of faiths can lead to religious bullying. It is important to be aware of the different principles in religions such as fasting, religious clothing, prayer times, etc. If not, stereotyping may become an apparent issue which leads to bullying.

The way you look and present yourself can be very important to children and if a child is noticeably over or under weight they may be at risk of bullying. The bullying can lead to serious complications such as eating disorders and lowself esteem so it is vital to talk to someone if you are being bullied.

People who have a disability can often be seen as different and this can lead to bullying. Disabilities affect young people in different ways such as needing additional support in a learning environment, needing physical assistance to get around school and the community, etc. Disability abuse can also be classed as a hate crime. Young people with disabilities may find it difficult to explain to an adult what has been happening so it is important to look out for signs of bullying and communicate effectively.

If you do not understand anything on this section of the website, please do not hesitate to contact us either by phone or email and we will do our best to help.